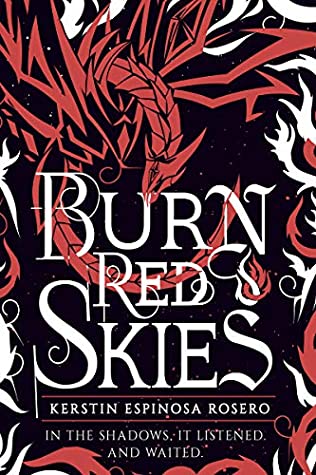 Burn Red Skies starts strong but falters as it progresses. The world with its sky ships and islands, and the elemental magic system is well conceived and appealingly implemented, especially with how the magic is built into the various races and cultures of the world. It gives the world clear definition and aesthetics and, most creatively, tangibility with how some characters and races need to actively avoid light lest they burn while others are immune to fire entirely.The characters are solid to good with Valerya being a particular standout to me with her moral complexity, situation, and the way she interacts with the story. Dove, our primary protagonist, starts strong with an immediately sympathetic personality, an unusual character trait of being mute, and a dangerous situation. She weakens as the story progresses and her initial situation resolves, which relieves her character of almost all narrative pressure, either to survive or progress. She spends the last sixty percent of the book being largely a vessel for the readers, with little agency of her own.And this is where the book primary flaw comes in: it does not have a strong plot. Our character travel the world meeting people, interacting with one another, occasionally having adventures or engaging in violence, but there’s no clear external story driving them. There’s no imminent, concrete threat or challenge that the readers and characters can interact with, and no clear objective either. The meat of the story involves one POV character training interspersed with the occasional action sequence, and with a second POV character traveling around gathering support for a secret rebellion. The effect of this, for me, was that the story flagged. It remained entertaining because it is well written and the characters are solid, but the only chapters that really captured my interest were Valerya’s because her situation had the most inherent narrative conflict.