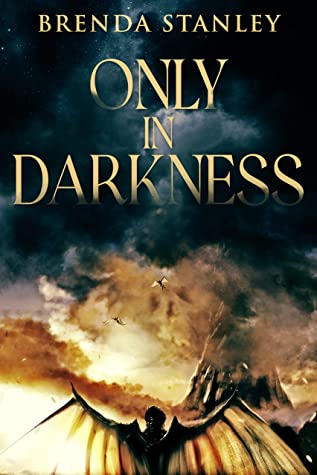 Only in Darkness book review

While described as ‘horror’ I found Only in Darkness more of a dark paranormal (meaning dealing the the extraordinary in an otherwise ordinary modern setting.) There are definitely some scenes intended to be frightening, but only a few, with the first being the strongest. But the narrative doesn’t play out like a horror story (hunter and hunted/external, terrifying threat or event that your protagonists must survive) large because your MC and his immediately relationships isn’t physically endangered. The book itself is more about moral and internal physical conflict, and these elements it handles well. The brutality of the Fall vs it often being caused by the saving of someone else filled the narrative with ambiguity.
The narrative itself struggles, introducing you to your main character with the first chapter, then immediately veering into an only passingly related story set thousands of years ago, and then a second ancillary story set a couple decades preceding current events. The problem, aside from disrupting the flow of narrative, is that neither of these stories provide relevant events or foreshadowing, its exclusively context. The chapters set in the present work far better as we’re allowed/willing to emotionally connect with our MC and his narrative of something being wrong with himself and with the events happening around him. It is this wrongness, and the readers curiosity, the provided the main contents and impetus for the story.
The characters are decent, but nothing particularly special or complex, and at the end of the book there is a fairly significant question left unanswered.