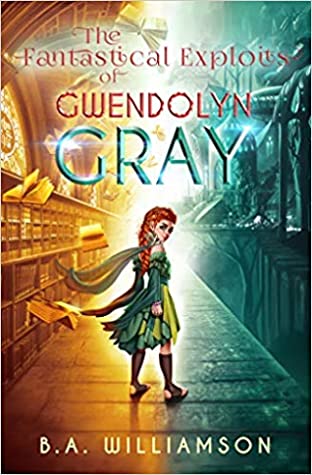 As sequels go, this one is excellent. It maintains the same quality as the first in every regard while also diverging significantly. The beauty of this sequel is how it builds on its predecessor; Gwendolyn spends the entire book battling with the trauma caused by the events of the first book, and that trauma is both well deserved and handled, feeling oppressive within the narrative and tragic. Gwendolyn’s character, already strong, absolutely shines in this book; just the way she interacts with the characters she meets, the events of the story, her desires, and the moments that demand she make a truly meaningful decision.
I also quite enjoyed Cyria’s character, finding her both likable and complex as she fulfilled both a needed and relevant role within the story. The way the narrative leaned heavily into this being a multiverse of stories worked extremely well, finding many ways to touch on, allude to, or slip in jokes around the theme, while always keeping it, and making the rules more, interesting.
We spend most of the narrative within the confines of the Fae realm, and this is both enjoyable and intensely different from the steampunk world of the preceding book. It delves deeply into the common lore of Faeries, while also adjusting to fit and complement the rules of the universe. (I have a passing grasp on common Faerie lore, so experience may vary.)
A potential criticism is that this book does get more overtly political, with mixed effect. The transgender themes of Robin were elegantly folded in the narrative and complemented the Fae, while also providing fun/interesting interactions with our main characters. Others were more bluntly included, without being discordant thought, inspiring more of a clear ‘oh, you’re making a political statement here’ and moving on.